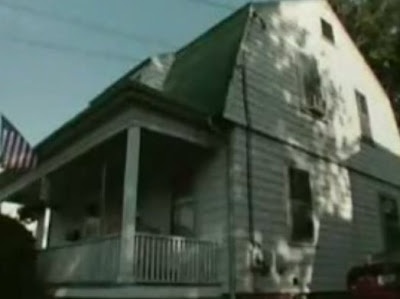 We are introduced to Jason Hawes and Grant Wilson, co-founders and lead investigators for The Atlantic Paranormal Society (TAPS). Their Technical Manager, Brian Harnois, tells them of an interesting case. The home they are to investigate is in Altoona, PA which is several hours away, but because of the dramatic nature of the case they decide to make the long drive. They investigate reports of poltergeist activity in a home with a very young girl who seems to see the spirits. After uncovering some dramatic Electronic Voice Phenomena (EVP) they return to the site and inform Brenda, the girl's mother, of their findings. Due to the long distance traveled, they decide to investigate two other sites while they are in the area. That investigation is continued in the next episode.

This set of videos cannot be found however here is a bit of information regarding it. I've made myself a note to always keep my eye out for this one. All I could find were DVDs available for sale through Amazon. Toward the bottom of the page is a viewers comment, which you'll find interesting.

The team investigates the historic Mishler Theater and the Altoona Railroaders Memorial Museum.

At the theater, the owner and employees have seen the late owner walking into the wall where his old office used to be, sitting in the seats, and have heard him walking on the catwalk above the stage.

At the museum, the spirit of a railroad worker has been seen.

During the investigation, Jason complains to Grant about missing equipment that Brian was in charge of.

VIEWER COMMENT
TAPS visits theater & railroad museum in PA with little results.
I'm a big fan of Ghost Hunters and I appreciate every episode, but if I had to pick out any episode I didn't like, it'd be this one. For one, neither of the locations proved to be very interesting. The ghost stories were great, but TAPS did not get much as far as evidence. Another thing, I have to roll my eyes every time Jason starts talking about how Brian misplaced equipment. I know an expensive equipment loss is a problem, but he talks about it a lot. Another thing, the episode ends with a tease of the next episode then cuts off at the start of the investigation which is simply bad editing. The episode has a saving grace though with footage of a TAPS barbecue. I like the close-up of the tag that says no horseplay in the inflatable play set then Jason wrestling and brow-beating everyone in it as it rocks about to explode. The incident is touched by footage of Brian asking everyone "Did you touch the chair?" from the railroad investigation. I have to wonder if Brian went too far to prove he did not touch it in the case.

Posted by Atrueoriginall at 12:16 PM 5 comments