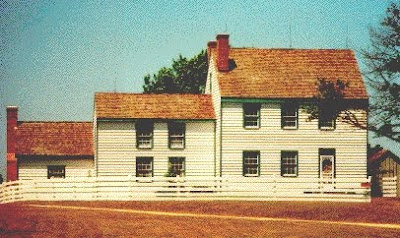 ION: Waldorf, Maryland, Samuel Mudd House
This is the house that Booth went to and rested at after shooting Abraham Lincoln. The activity ranges from objects moving, hearing female voices, and an apparition of a woman in a white dress believed to be Samuel's wife, Sarah. They meet up with Georgina, who is the curator and gives them some history and shows where the hotspots are at. The house was built in 1830, and Dr. Mudd was born half a mile down the road. He married his childhood sweetheart Sarah, they had one child when they moved in and by 1865, and they had four. On April 15, 1865, at 4:00 am in the morning, there was a loud banging on the door and it was John Wilkes Booth. After the assassination of Lincoln, Booth broke his leg and needed to find a doctor. He found his way to Dr. Mudd's house about 4:00 am, six hours after shooting Lincoln. Dr. Mudd at this point had no way of knowing about the assassination because it had just happened. Dr. Mudd was convicted of being part of the Lincoln conspiracy and after spending 4 years in prison, he was finally pardoned in 1869 by President Andrew Johnson. Dr. Mudd came back from prison and died in the house in 1882. The first room Georgina takes them was to be the Parlor Room. The activity in that room is reports of the rocker, which was owned my Mrs. Mudd, being moved, either rocking on its own or turned completely around. Next they go upstairs to the 2nd Floor bedroom that Booth spent 12 hours in. Witnesses had seen a human shaped indentation on the bed. The next place she takes them is the hallway where the caretaker saw a woman in a black dress and white collar starring out the window. Right near that spot is the children's room where the Mudd’s 8 month old baby broke his neck and died in that room. People say they have the feeling of being watched while in there. Now it's up to the attic where a witness wearing a Union uniform saw the clothing rack pushed to the ground violently and turned over with no one there. He quickly got out of the house. They all head outside where she shows them the road that Booth and Fowler took when they left the Mudd house. A witness tells us that one night while at the house in the springtime, the campfire was down to a bed of coals. He looked over and saw three people standing by the campfire. He shook his head for about a minute and looked back to the campfire and they were still there. He noticed that they were transparent. One of the individuals looked at him and nodded at him, he shook his head again and they were gone.
INVESTIGATION: Jason and Grant started out in the children's room on the second floor. They heard a noise then the batteries drained on their camera. The felt an area and the hairs on their arms raised up like static electricity. Grant moves to another area of the room and felt someone slap his hand, and felt something move his fingers. Jason feels static on his left hand while standing in an area of the room. It also felt like a pocket of humidity surrounded that area. Next we see Steve and Tango on the first floor in the parlor. They check out the rocking chair to see why it rocks on its own but couldn't figure it out. They try using the EMF device to see if they get any action and it bounced between a .1 and .3. They try asking questions asking for the truth and what really happened there, but got no response. Kris and Amy start their investigation in the attic checking out the clothing rack. They realize that it is flimsy and with lots of clothes on it could cause it to fall on its own. Kris decides to haunt Mudd's spirit by saying the "Mudd is guilty". They wanted to see if the clothes rack would fall over during the taunting, but it didn’t. Meanwhile Jason and Grant decided to make a thorough sweep of the grounds and they get a hit on the thermal imaging camera. Someone walked in front of the camera about 6 feet and they did not see or hear anything. So cool and creepy! Amy and Kris investigate the children's' room where there are claims of feeling like you are being watched. They ask questions but get no response. Now it is time to wrap things up.
RESULTS: While in the Parlor, Jason and Grant caught on their recorder a voice saying, "I'm not guilty" but you can barely make it out. They show Georgina the image they caught on the thermal imaging camera which looked like a woman with a hood on walking by. This image stumped them because it looked like a person walked in front of the camera but neither saw anyone. Jason tells her that there is definitely a haunting going at the Samuel Mudd House.

STIGATION: Charles City, Virginia, Edgewood Plantation
The plantation was built back in 1849 and was a part of another plantation called the Berkley Plantation. It was home for two US Presidents, Benjamin Harrison and William Henry Harrison. During the Civil War it was used as a signal post for the Confederate army to spy on the Union army. Some of the ghostly activity centers around a woman named Elizabeth "Lizzy" Rollen. Apparently she was staying at the plantation waiting for her lover to come back from war. He never came back and she died of a broken heart. Others have reported seeing a group of men that look like Civil War soldiers around the place. They are greeted by Dot Boulware who is the owner of the plantation. She starts with the staircase telling about the paranormal activity. Dot's daughter, who was there with her children, saw Lizzy on the staircase with her hands on her hips as if to say, "What are you children doing here?" Dot takes them to the 3rd floor next which was used as the signal post to see what the Yankees were doing at the Berkley Plantation. The Yankee that built the house and was living in it, knocked out the Confederate officer and put him up in a small room, with a latched door, locking him in. There have been times that someone would go up there and find the latch up and the door opened. Next she takes them to Lizzy's room on the 2nd floor where she showed them that Lizzy etched her name on the window. Apparently it was customary back then to check to see if the diamond a man gave them was real by etching their initials in a window. Instead of her initials, Lizzy wrote her whole name in old script. People have seen her in the window from the outside. Next place is Dolly's room which is the cottage outside. A couple staying in the cottage banged on Dot's door at 8:00 am in the morning told her that they were leaving. She said that she was talking to Civil War soldiers all morning long, as her husband nodded his head in agreement. Dot asked who they were and she said the one of them is Aaron Young III and was surprised that she knew their names.
INVESTIGATION: Jason and Grant start out on the main floor with the thermal imaging camera and KII meter. They get a very high reading on the EMF device in a certain area of the room, and then it disappeared. Then the KII meter goes off, lighting up all over especially near the tricycle. Steve and Tango start out on the third floor checking out the trap door to see if the latch is faulty. They found out if the latch wasn't on and someone slams the room's door, the trap door will open. Kris and Amy start off in Lizzy's room and check out her name etched on the window. They asked her spirit questions but felt a dead quiet which was a bit eerie to them. Jason and Grant head over to the cottage to see if they can find the soldiers a guest had reported seeing and talking too. They tried to figure out why the lady experienced the soldiers ghosts but could not. They decided to have Kris do some research on Aaron Young III. She went to the Berkley Plantation's library to do her research. What she found was interesting!
RESULTS: Kris' research found a Aaron Young, born in 1832. He enlisted in the military in 1862, served for a couple of years, and lived until 1915. He had two wives, many kids, and probably was a part of one of the bloodiest battles in history in the area. They didn't have any evidence supporting the stories of ghosts and couldn't say the place was haunted.

See "I'm Not Guilty" again in it's entirety here 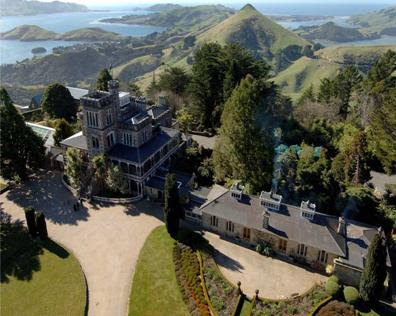 Posted by Atrueoriginall at 10:41 PM 0 comments

VIDEOS: GHOST HUNTERS - I'M NOT GUILTY - In it's entirety 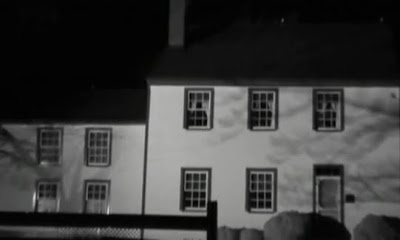 
Go here to read Julie's recap on "I'm Not Guilty"

Posted by Atrueoriginall at 10:40 PM 0 comments 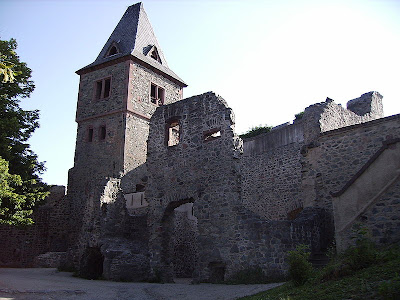 Posted by Atrueoriginall at 9:48 PM 0 comments