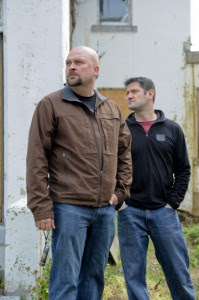 FIRST INVESTIGATION: Chadds Ford, Pennsylvania, Thornbury Farm
The Thornbury Farm is a 300 year old farmhouse and sits on the land of one of the bloodiest battles of the Revolutionary War. General George Washington and General Lafayette fought there with thousands of British and Colonial soldiers dying on the property. Some of the paranormal claims are from full body apparitions, hearing disembodied voices which sound like a young girl they refer to as Katie, footsteps and in the barn, the sound of horses being let loose. Usually when they check, all the horses are accounted for. It is a residence today with its owner being Randall Spackman. He starts out by telling them that the farm was built in 1709 and built on the land where the Battle of Brandywine was fought. The Battle of Brandywine was a battle of the Philadelphia campaign of the American Revolutionary War fought on September 11, 1777, in the area surrounding Chadds Ford, Pennsylvania. The battle, which was a decisive victory for the British, left Philadelphia, the revolutionary capital, undefended. The British captured the city on September 26, beginning an occupation that would last until June, 1778. It was the largest land battle in the entire American Revolution. There were 1800 troops and was the first time our flag was fired upon. Randall takes Jason, Grant and Steve to the oldest part of the house, the living room. This room was used as a hospital during the battle for American and English soldiers during that time. There were also many operations performed in that area of the house during the battle. A lady saw an apparition of a soldier coming down the staircase holding his arm that he lost during the battle. In the 1990's, Randall was painting that room and was overcome with an odd feeling. All of a sudden, he heard someone walking upstairs and there was no one else around. He went upstairs to check and even looked around the whole house and didn't see anything. He had a very uneasy feeling that whole day. Next he takes them upstairs to the spare bedroom. In this room the sounds of crying can be heard in the children’s room, the next room over known as Katie's Room. One of the guest that heard the crying went to investigate and upon entering the room the crying stopped but the room was extremely cold. Next place Randall takes them is outside to the Spring House. This house was there during the battle and used to hold prisoners after battle. There is a prankster ghost that haunts there and likes to play tricks like slamming doors on people while they are walking in and out. One time he moved tools of the workers remodeling inside that building. After the Spring House, they went to the Barn which was built in the early 1700's. Witnesses have reported hearing the stall doors opening and shutting when no animals or people were in there. That was the last place he took them.
INVESTIGATION: Jason and Grant started their investigation out in the living room in the main house. They sat on the couch asking questions and heard a low moaning sound from above. Next they hear footsteps above them and went up to check it out. They ended up in Katie's room and wondered if the moaning they heard was crying instead because of the stories told about that room. Kris and Amy start out in the Spring House and also start out by asking questions. After all the questions, they didn't get any action and left. Steve and Tango are in Katie's room trying to get her spirit to come forward. Steve drops marbles on the floor hoping that one will be moved by Katie's spirit. Katie didn't want to play with them because none of the marbles moved. Now we see Jason and Grant in the Spring House to see if the prankster spirit wants to play jokes on them. As Jason was asking questions, the flashlight attached to his jacket turned on by itself. They asked for the spirit to do something else while Jason removed the flashlight from his jacket. They wanted to see if it would do it again, and it did. Jason picks up the flashlight and it feels very cold. He turns it off again, puts it down and it turns on again. Three times a charm. It is also very cold again. Meanwhile, Steve and Tango check out the barn. Steve finds a whip, cracks it and thinks he is Indiana Jones while Tango spots some movement in the dark. It turns out to be horses.
RESULTS: Jason and Grant in the Spring House during the time the flashlight was turning off and on, captured an unknown laughing in the background on their recorder. They caught the weeping sound from Katie's room above on their video camera. Both believe that there are some kinds of spirits hanging around the farm. 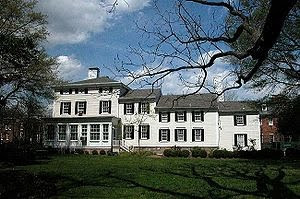 ESTIGATION: Alexandria, Virginia, Lee-Fendall House
Jason couldn’t join the team on this investigation because of a family issue. Britt, from their west coast team, will come in and help out with this investigation. The place was bought by Henry Lee, who was a Revolutionary War hero and also the father of confederate General Robert E. Lee. He eventually sold the place to his cousin Phillip Richard Fendall. Some of the paranormal activity is from female apparitions in period clothing, heard footsteps and heard the ringing of a 1930's style telephone and could not find where is was coming from. They are met by Tracy Sullivan, the executive director of the house. She tells them that the house was built in 1785 and during the Civil War the house was taken as a Union hospital. Today the house stands as a historic house museum. They start in the dining room for the paranormal claims. In this room their board meetings are held. Several years ago during a board meeting a number of people heard a 1930's type phone ringing but there was no phone like that in the place anywhere. She takes them to the second floor staircase next where while a woman was going up the stairs to the third floor, she felt an evil presence next to her. On the third floor a woman heard someone running up the stairs while up there, but no one was there. The last place they go to is the back servants’ stairs. A woman reported seeing a woman’s and a child’s apparitions walking down the stairs.
INVESTIGATION: Grant investigates with Steve on the third floor and asks questions. They hear a knocking sound coming from the bookcase. They asked the spirit to open the cabinet doors and the KII lit up. Nothing more happened. Tango and Kris start out at the back servants’ staircase hoping to see the mother and child spirits that some have seen there. All of the sudden the alarm went off saying that the front door was open. Kris found it open but found out it was only Amy and Britt who left it opened. Steve and Grant were on the second floor now asking for some sign of the spirit’s presence, but they got no response. Amy and Britt were on the first floor and found a high level EMF reading in that room. They went outside and found the cellar doors and went down to the basement. They found lots of wiring running throughout with a high reading from the EMF detector.
RESULTS: They said that the lights from the cars driving by could be reflecting on things giving a ghostly effect. They debunked the dinner bells as possibly sounding like the 1930's style phone. They didn't have enough evidence supporting the claims to call the place haunted.

Click here to see Civil War Spirits once more in it's entirety. 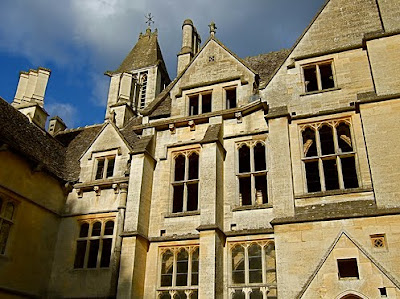 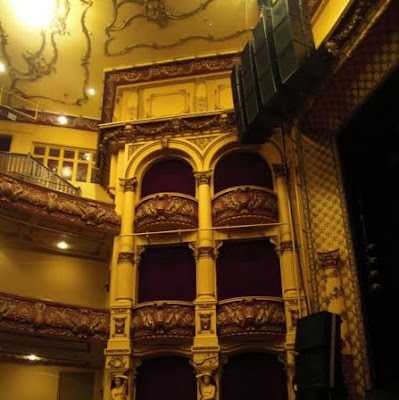 Posted by Atrueoriginall at 7:22 PM 0 comments 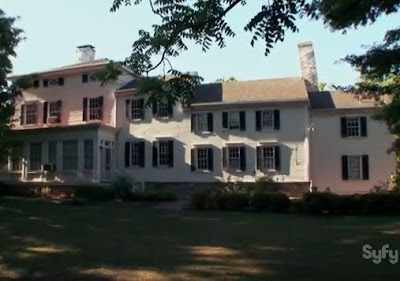 Posted by Atrueoriginall at 7:21 PM 1 comments