Posted by Atrueoriginall at 6:27 AM 0 comments

Links to this post
Labels: Destination Truth, Syfy, The Moa

No need to view these trailers, which might be dead already - click on this small picture and it will take you to the full episode of Inn of the Dead.

Posted by Atrueoriginall at 6:26 AM 0 comments

Links to this post
Labels: Ghost Hunters, Inn of the Dead, Syfy 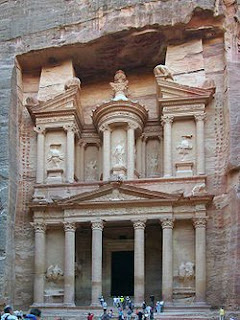 Petra is a beautifully carved place and told to be perilously haunted. More than 2500 years ago, these deep carvings were etched into the mountainside by the Nabateans. The Nabateans were very skilled merchants and controlled the trade routes throughout Arabia. Petra has been crowned one of the Seven Wonders of the World and is Jordan’s greatest attraction. It’s at night, when the crowds have gone, when the guards have reported hearing whispering and seeing mysterious shadows moving along the walls. The locals believe it is the spirit of Djinn, Arabic for ghost, which is responsible for the paranormal activity at night. They say these Djinn live in the burial chambers and dark recessed areas around Petra. Team Truth was the first to gain total access to investigate these mysterious happenings.

They flew 18 hours to Amman, which is the capital city of Jordan. For 10,000 years, Amman has been inhabited which makes it one of the oldest cities in the world. After heading to the local market, and singing the vegetable songs, Josh pick up some things to help defend him against the evil spirits, an eye medallion and eye drops. As they head out along the highway, they notice several vehicles with armed men in them. Josh meets up with Lana Nasser, a cultural expert, who tells him that Djinns have been in old homes and ruins. They have been seen and felt amongst the villagers. They are close to the Bedewing and stay connected to the ground to help them spiritually. They leave Amman and head south to Wadi Rum looking for Bedewings. Driving through the desert, they finally find a group and using camels, they head to the camp. They sat by the fire hearing stories about Petra where some have seen shadow figures and heard their names called. In the morning they hopped back on their jeep to find more people and ask about their experiences. They say that Petra at night is very scary. They see huge shadows, heard their name called, lots of talking, and hear sword fighting. They have to walk along the Siq, a mile long canyon that hides the access to the city. They are just amazed by all the massive buildings and carvings that continue very high up on the buildings.

After setting up base camp, they break up into two groups to explore the place. They place has many loose stones, so they have to watch where they step. Evan sees an orb fly by his camera while shooting one of the ruins. While in one of the ruins, Josh and Ryder experience a rock being thrown at them and the sound of metal clanking. While Rex sets up a trap camera in that area, Josh and Ryder head off to the treasure. There are sheer cliffs on the side of the worn out stairs on the walk to the treasure, where most of the activity has been reported. Inside is one large chamber with three small ones. They decide to conduct an EVP session, and they hear chanting and moaning. Josh asked if anyone was there and there was a clear “yes” response. Their equipment starts to show movement so they decided to regroup at base camp and head out again. Josh is with Bobby, Mike and Evan, where the trail comes to an end and they repel down to the place below, of course. Back at base camp, they notice what looked like a person sitting in one of the alcoves. Ryder checks it out but doesn’t see anyone. She sits for awhile alone but hears a coyote and decides to leave. Meanwhile, Josh and gang hit the bottom and come across a dog.

After reviewing the evidence, he enlists the aid of Jason and Grant to get their opinions of what they found. They thought the rock throwing was a negative entity and the metal sound could be a residual type noise. They disregarded the orb as a bug. The other voices and sounds caught on audio they felt was great evidence of the place being haunted. 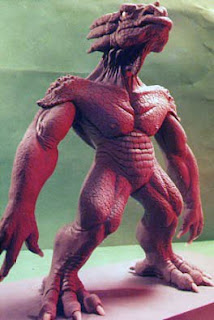 Deep in the south in Bishopville, South Carolina, there is a creature on the loose and terrorizing their town. In 1988 near Scape Ore Swamp, a young man encountered a creature that he described as half man and half lizard. After charging at his car, it disappeared in the darkness. Many more sightings and encounters have been reported after 20 years of nothing. A car was attacked and lots of sightings along the swamp were reported being done by this lizard man. The lizard man is said the slither along the swamp but will stand upright when it attacks. It is also described as half man, have reptile, and stands about 7 feet tall, very strong jaw, scaly skin, peering red eyes and a three fingered claw-like footprint.

They flew six hours to Columbia, South Carolina and picked up the Team Truth vehicle. From there, they drove 40 miles to the tiny town of Bishopville. The population of Bishopville is 6,300 residences, and they have Lizard Man items everywhere. He gathered the residence together for a town hall meeting to get their thoughts of the creature. Josh talked with an ex-sheriff who showed him footprints which Josh took photos of them. He then met with Dixie, whose car was attacked by the mysterious creature and looked like it took a bit out of her car. Josh took a flight up with Frank, so he could mark the area of the most sightings with GPS. He quickly realized that Frank was the craziest s.o.b. in the county. The meeting was held at the Button Museum, by the Button King. Many from the town showed up and described the creature as massive, and warned of the snakes and alligators that are also in the swamp. After a night of entertainment, they used ATV’s and drove along the swamp and found the place to set up base camp.

After base camp was set up, they headed out in two separate groups to do perimeter sweeps. Josh and Ryder come across a deer stand and Josh climbs it with the flir and gets a hit. It was small, looked like it was far away and moving. One of the perimeter alarms went off and Josh went to check it out. Along the way they hear grunting noises and catch an animal on the flir. At the transmitter for the fence, they hear noises, so Josh pulls out his machete and they investigate. They hear some very loud growling and back off. Back at base camp, they regroup and Rex adds a trap camera where Josh and gang heard the growling. He hears it too along with other noises and chases it down but loses whatever it was. Meanwhile, Josh and gang are walking through the muddy swamp where Evan sees a pair of eyes on his camera. They take case but realize that it was a pack of coyotes.

Back in Los Angeles, Josh takes the evidence to Mike Dee. He says that according to the pictures, the car looks like something other than a reptile could have done the damage because lizards have straight teeth, not sharp. As for the footprints, they were 100% identical coming to the conclusion that they were faked. Josh comes to the conclusion that the Lizard Man is nothing but a harmless hoax.
Posted by Julie Ferguson at 11:01 AM 0 comments 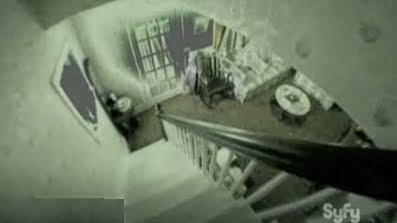 Ghosts in the Attic - Part 1

Ghosts in the Attic - Part 2

Ghosts in the Attic - Part 3

Ghosts in the Attic - Part 4

Ghosts in the Attic - Part 5

Posted by Atrueoriginall at 9:31 PM 0 comments

Posted by Atrueoriginall at 10:09 PM 0 comments

Posted by Atrueoriginall at 5:17 PM 1 comments