Sorry I am late with the recap. I had so much going on and wasn't able to watch it until tonight. 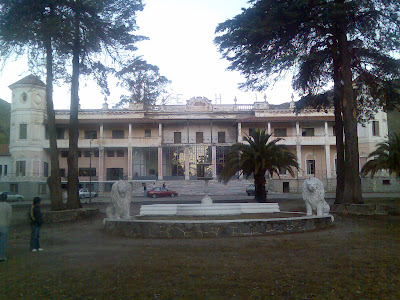 Many believe that this location is the most haunted place in Argentina. The Eden Hotel was built in 1897 and was a high-end farm that drew in guest such as Albert Einstein and the Prince of Whales. The very wealthy were treated for tuberculoses in secret because they didn’t want it to get out that there was any sort of sickness at the hotel. Over the years the hotel has put up with vandalism. Part of the hotel has been restored and is a museum where they give tours of the place.

They meet up with Rose Zicari the museum curator outside and she gives them the tour and haunts of the hotel. She says that the hotel was an expensive hotel only for the rich and famous. She starts the tour inside and upstairs to the 2nd floor in the main building. She tells them that there was a girl that died of tuberculoses there and was the daughter of a prominent doctor. Many children on tours have seen the little girl and asked if they could play with her. She points out to the third door on the left and tells them that is the room where the little girl died. They follow Rose to the next destination, the main building balcony. The story there was about Maria Krautner, who was the owner of the hotel from 1904 to 1912. She died of cancer and her ghost has been seen several times along with hearing her laughter. The next place Rose takes them is the main building Imperial Dining room where people have heard noises like whispering and dishes moving. After the dining room they head down to the basement of the main building. Down there is where a worker saw a shadow moving fast. The next place she takes them is outside to the Little House. She tells them that the house has a presence of a baby that died of hypothermia in that house. That presence is still felt there today. A worker who stayed at the house heard a baby crying one night and got up to look for the baby. He could not find one anywhere or any reasons for the sound.

INVESTIGATION: After Barry shows them where all the cameras are placed, its lights out and the fun begins. Robb and Brandy start in the main house on the 2nd floor to find the little girl that invites children in her room. Robb asks questions, while Brandy takes several pictures with the full spectrum camera. While Robb sits and continues to ask questions, they hear a child like response that said, “no”. Robb asked the little girl to take them around the hotel and they felt a cold spot low to the ground like a child was there.

Barry and Paul start their investigation in the basement. They set up a strobe in the wine cellar and a vibration censor on the floor.

Robb is now in the dining room with Ashley and Joe. Robb sets the EMF device on the floor to see if it will go off. After asking questions, it goes off like it was responding to the questions.

Dustin goes to the Little House by himself to investigate. He is trying to contact the baby’s spirit and hears a banging sound coming from the hallway. He continues to ask questions and suddenly jumps up. He sees something move across the floor. It was a small silvery-gray shadow, the size of a small child.

Meanwhile back in the main house, Dustin is now with Barry on the second floor investigating. They did pick up some noises but had to see if the camera caught it.

RESULTS: In the basement they caught the sound of footsteps. The video camera showed that no one was in there at the time. While Dustin was in the Little House, he captured a voice on the camera making a noise or a whisper. On the second floor with Robb who asked the spirit to say one of their names, he caught a voice that sounded like it said, “why?” Again on the second floor with Robb and Brandy, they caught a voice saying, “Wow”. While Barry and Dustin were on the second floor, they captured a voice saying “Hello”.

Rose asked if they thought the place was haunted and Robb said with no hesitation, “Yes”. 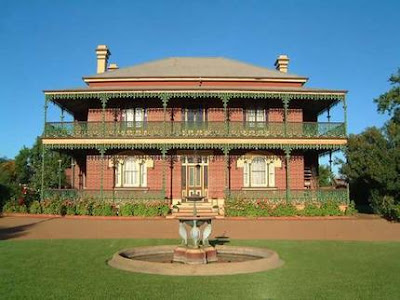 In 1876, Christopher William Crawley, he built the hotel and became very wealthy. At the age of 69, Mr. Crawley died in the house. Twenty-three years after his death, his wife Elizabeth died there as well. People have seen the full body apparitions of Mr. and Mrs. Crawley, maids, young soldiers and have heard disembodied voices and footsteps. The GHI team meets up with Reg Ryan, the owner of the Monte Cristo Homestead. Reg starts the tour of the place in the dining room of the main building. In the room, Mrs. Crawley’s voice will be heard by those she wants out of the house and orders them out. He shows them the music box where the dust cover fell on his granddaughter’s finger for no reason and she couldn’t get it back up. He takes them to Mr. Crawley’s bedroom next where people smell a foul odor of death in there. A face of a man has been seen at the window with gold hair and a beard, by witnesses. The next place they go is to the main building’s balcony on the second floor. The story is told that a girl committed suicide on the balcony but a lady on her death bed said that Mr. Crawley pushed her off. The rumor was that she was pregnant by Mr. Crawley. Many have heard the sound of woman’s high heels footstep walking on the balcony. The next place Reg takes them is where the original homestead was which was now the kitchen and service quarters. The Crawley’s brought up 10 kids in that little house. Apparitions of a woman a maids have been seen it that house.

INVESTIGATION: Barry shows Robb where all the cameras are placed and then it is lights out. Robb and Brandy start in the old homestead with an EVP session. Shortly afterwards they heard what sounded like a female voice. Robb asked for it again and they heard a strange sound coming from a door.

Barry, Ashley and Paul start their investigation in the main building’s dining room. Paul hears footsteps from behind him and then Barry hears a female voice. After asking more questions, they hear a tapping sound. Paul asked for more tapping and they heard a loud bang. They also felt the table move along with more footsteps behind Barry and Paul.

Dustin and Joe begin in Mrs. Crawley’s bedroom doing an EVP session. While Dustin was asking questions, they heard the window next to them start rattling. They use the thermal camera, but didn’t see anything.

RESULTS: In the old homestead with Robb and Brandy, they pick up on audio and their recorder a couple of voices. After Robb asked if there was anyone that wished to speak to them, the caught, “pick me”. Robb asked if there was anything they wanted to say and they caught “get out”. In Mrs. Crawley’s room on the mini DVD camera, they did catch the rattling of the window. That was the only time that happened the whole night. Robb was comfortable in saying that the Monte Cristo Homestead. 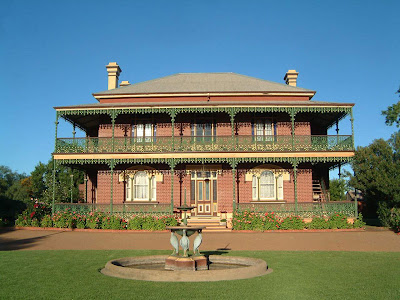 Posted by Atrueoriginall at 12:37 PM 5 comments 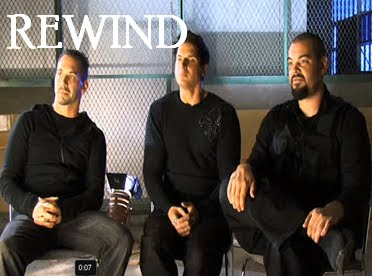 Rewind to last October when the Ghost Adventures crew took on their most ambitious lock down ever at the Trans-Allegheny Lunatic Asylum. Ghost Adventures Live Rewind airs this Friday at 9pm E/P on Travel Channel

Posted by Atrueoriginall at 11:04 AM 0 comments 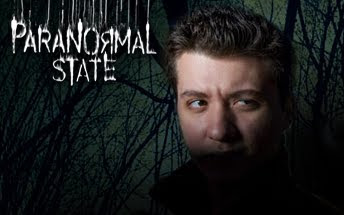 The team heads to a prison in West Virginia to investigate for paranormal activity. It is purpoted to be one of the most haunted places in the country, and both Michelle Belanger and Father Bob Bailey join in the investigation.

Posted by Atrueoriginall at 9:31 AM 0 comments