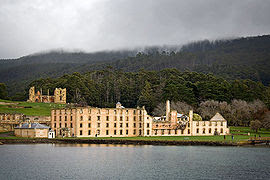 The Port Arthur Penitentiary was built in the early 1800’s and converted into a prison by 1833. This place held the worst British and Irish criminals. In 1853 a separate prison was built to house the most unruly prisoners. Some of the prisoners included murders and child rapist, the worst of the worst. Throughout the place there were reports of full body apparitions, moving objects, disembodied voices, footsteps, mocking, being scratched and strangled. For over 130 years there have been many claims of ghosts and other paranormal activity in and around this prison.

When the GHI team finally arrived at the penitentiary, they were greeted by Caitlin, their tour guide. At the penitentiary’s peak, there were over 2000 people there and it ended up closing down in 1977. The first place Caitlin takes them is to the Old Penitentiary. The two bottom floors were maximum security and the top two floors were minimum security. One time while in that area a tourist claimed to see a man in a soldier’s uniform standing in a doorway and had a conversation with him. The tour guide told him that there was no reinactors in a soldier’s uniform there that day or ever. The tourist didn’t believe her because the man seemed real to him. The next place she takes them is to the Sr. Surgeon’s House. For many years people believed that the basement below was used as a dissecting room. Some have seen an apparition of a man in a long black coat with a bald head. People are terrified and get a bad feeling that this is an evil presence. Caitlin takes them to the Separate Prison next where lots of physical punishment was given. In “C Wing” is where the more violent prisoners were kept. A woman saw a man in a convict uniform looking at the group she was with. After looking at photos of some of the prisoners, this man was identified as John Gould. John Gould was imprisoned for attempted rape of a child under 10 years of age. Caitlin next walks them to another area where she had an experience. She was talking to a group and a man just suddenly grabbed his throat. When he took his hand away, he had four long scratches from his ear down to his chest. As she put the light up to his neck, the scratches started welting in front of her eyes. The next place they head off to hear more claims is the Church, which was built between 1835 and 1837. In 1835 a vicious murder took place while digging the foundation for the walls. A convict working in one of the trenches was struck in the head by a pick axe three times and it took over an hour to die. Many have seen an apparition with red hair and a strange ball light in that area. After the Church, they next tour the Parsonage where a reverend died in the house. Many have seen his apparition in that house. Next to that is the Commandant’s House where in the master bedroom the commandant’s ghost has been seen and some children have claimed to have talked to him.

INVESTIGATION: The investigation begins in the Parsonage with Brandy, Ashley and Robb. They start with an EVP session where they hear a knock coming from the back area. They ask for whoever it was to come forward and speak to them. Shortly afterwards they hear footsteps on the stairs. They head upstairs but found nothing up there. Robb asks for more sounds or noises while Brandy’s recorder sits on the stairs. They leave it there in hopes to pick up something.

In the Commandant’s House we find Dustin and Paul in the master bedroom. They place their equipment around the room and conduct an EVP session. While asking questions they hear a bang sound from another room. They asked the spirit to do it again, but nothing happened.

Back in the Parsonage, Paul is now investigating it alone. He snaps many pictures with the full spectrum camera. Suddenly he hears a loud banging noise and thinks it could be the door. He decided to lock the door and hears another banging noise and finds the door opened again. He shuts and locks it again but nothing happened after that.

In the Old Penitentiary we find Dustin and Paul with the thermal camera, recorder and the 360 microphone. Dustin asks the questions and they both hear music. They try to figure out where it was coming from and followed the sound. Dustin thinks the music could be the wind blowing over the pipes that were at the top of the attic.

Heading towards the Church are Joe and Barry with the full spectrum camera. They stop and take many pictures of the grounds. Barry notices a figure walking in one of the pictures but no one was down there. If someone was walking down there, they would have seen a trail, but saw none. Joe heads down to the area to recreate the photo while Barry looks into the camera. Joe did leave a trail but the other figure did not. This figure showed up on only one picture.

In the Separate Prison “C” Wing, Dustin, Ashley and Brandy are now investigating this area. The girls ask questions while inside the cell and Dustin stayed outside. Brandy leaves Ashley in the cell alone to see if John’s spirit will respond to her. Right afterwards, she asked for the others to come in because she felt dizzy and like someone had touched her. Could it have been John?

Barry and Joe are now in the Sr. Surgeon’s House in the basement. They definitely get an eerie feeling while down there. Barry asked questions, and then suddenly they heard a loud bang. They found it to be a door blowing from the wind. Barry decides to lie on the surgeon’s table where he hears a man’s voice and whispering. He then hears scratching and feels the temperature get colder. Joe goes in the room and finds the temperature difference was much colder than the other rooms. Barry then feels a sharp pain in his chest and someone touch his back after he got up. Robb then makes the call to everyone that it is the end of the investigation.

RESULTS: In the Sr. Medical area with Barry and Robb, they picked up a voice saying, “payback”. In the Separate Treatment Quarters with Ashley, she asked, “why don’t you come out and talk to me” and she gets a response saying, “ok”. Could this be the ghost of John Gould? In the same area with Robb who asked “why are you still hanging around here” and gets a response saying, “get out”. In the Commandant’s master bedroom, on the DVR camera that was set up in there, they captured the canopy over the bed move on its own. There was no wind in that room to cause the movement and it only happened the one time. They also showed Caitlin the picture of the figure on the grounds near the Church. They tell her that it was about 30 seconds between shots and it only showed up in one picture. She had no idea who it could be.

With all the evidence they caught, Robb totally agrees with all the claims that Port Arthur Penitentiary is definitely haunted. 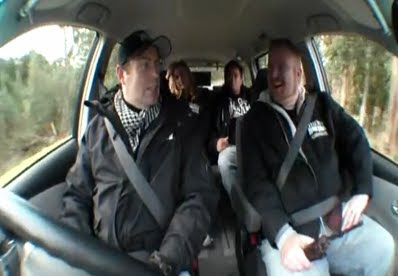 Posted by Atrueoriginall at 9:44 AM 0 comments 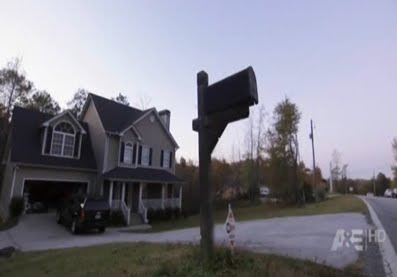 Posted by Atrueoriginall at 9:42 AM 0 comments 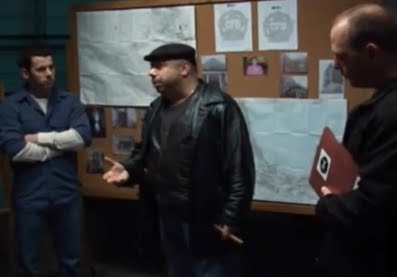 Posted by Atrueoriginall at 9:40 AM 2 comments 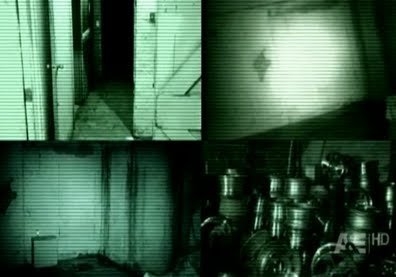 Posted by Atrueoriginall at 9:38 AM 0 comments