The show was part live with Destination Truth’s Josh Gates in the hosting duties again. People often ask him why he always hosts the GH’s live shows. He responded in his usual manner, “Syfy pays me to travel all over the world and investigate.” (or something like that) I’m sure he enjoys it as well. The live show was televised from 30 Rock in NYC with a live audience. Along with all the TAPS team, he also interviewed GHI’s Robb, Barry and Dustin; also GHA’s Susan and Karl. Britt was also there fielding all the questions from online viewers.
This was Ghost Hunters 100th episode, and TAPS investigation was at Alcatraz, located in the San Francisco Bay. I am recapping the investigation only. Check out the videos for the entire 2 hour show.

Here is a brief history: Alcatraz was built in 1859, and in 1861 it became a military prison. In 1934 it became the prison we all knew of and held the worst of the worst prisoners. Cell block D, or solitary confinement, only had a toilet, light bulb and steel floors for the prisoners to sleep on. In 1963 prisoners were sent back to the mainland and Alcatraz was closed. Here is the link to my post about Alcatraz, its history, and haunting.

The TAPS team, along with Britt, GHI’s Dustin and Barry, head to the pier and take a boat over to the island. They meet up with Jim, a tour guide, who gives them the history. His tour starts in the section called “Broadway” where prisoners made their plans to escape. There was a two day gun battle and guards were held captive. Next he takes them to Cell Block D, solitary confinement, where the prisoners kept in small cell with steel floors and only let out for one hour a week. In cell 14, a tourist volunteered to be locked in that cell. He felt a hand grab his shoulder and heard a gravelly voice say, “Your mine”. An evil presence is felt in there. The next place Jim takes TAPS is downstairs to the Citadel, the oldest part of the prison. It was built during the Civil War and usually referred to as the dungeon. It was used as solitary until 1938 until it was determined that it was cruel and unusual punishment. This was when Cell Block D was built to move those prisoners out of there. This area is a very dark and eerie place where witnesses have heard screams. The next place is the Hospital where a man felt a presences blow past him and thought it was his colleague, but it wasn’t. Jim shows them Robert Stroud’s room of the hospital, which was known as the “Birdman of Alcatraz”. He was brought there to keep him under control and away from other prisoners. A woman saw a ghostly prisoner standing in the corner and then walk through the wall in his room.

INVESTIGATION: Jason and Grant start downstairs in the Citadel with the thermal camera. They immediately hear footsteps. They heard it a second time, so they head down a hall to follow the footsteps. After asking the spirits to make the noise again, they captured a very clear voice saying, “No”.

Steve and Tango began in the hospital ward in Robert Stroud’s room. Steve presents Robert’s spirit with a bird feather to see if his spirit will make his presence known. They put recorders around the room and do an EVP session. Steve pounds on the wall to see if the spirit would pound it back, and they got high EMF readings. They both hear what sounded like a cell door was closing and headed towards the area it came from. Steve checks the doors and found one that sounded like it. The head back to the room and saw the feather was still there, but the room had a weird smell to it. It smelt like soap or astringent like someone just took a bath. Robert would often leave his cell, walk across the hall, shave his entire body, and then bath himself. The smell was stronger in the bathing area.

Now it is Kris, Amy and Dustin in the Citadel. They walk around in the darkness, when Dustin hears a whisper and a woman’s voice saying, “No”. They follow up on where the voice came from, but found no one.

Britt and Barry are now the ones in Robert Stroud’s room in the hospital. It seemed like the more they talked about Robert, they kept hearing noises and seeing movement down the hallway. Britt thought he saw someone peek out of a cell and went to investigate. Barry sees in the back area, something moving across the hall.

Back with Amy and Kris, who are now in Robert Stroud’s cell to see if they get the same action the others got earlier. They set up lasers all over the room to trap an entity but nothing happens.

Tango and Steve are in Robert Stroud’s cell in Cell block D using a Bumblebee tablet where they can get certain frequencies (but does it work, lol) When Tango reached his arm through the bars, the machine showed a change in patterns. What that means, who knows.

Kris, Amy, and Barry are in the area called Broadway investigating the second floor near Cell Block B where George “Machine Gun” Kelly was kept. They walk along the cellblock when Kris saw a dark shape just stop in front of her face. She thought it was Barry, but it wasn’t.

Back in the Citadel, Jason and Grant have returned to investigate it again. They ask for more noises and they heard footsteps. The footsteps got louder in one of the hallways, so they walked down to see if they can find the source. The footsteps seemed to walk right up to them and they waited to see if someone would appear, but no one did.

Barry and Dustin are now in the Hospital Ward in Robert Stroud’s room, the Birdman. The put an object standing up on its end and ask Robert’s ghost to knock it over. The both ask questions and little provoking to get his attention. Nothing happened, so they decide to end the EVP session.

Jason and Grant are now in Cell Block D, solitary confinement, and check out cells 12, 13, and 14. They wanted to find out why people would complain of feeling nauseous, and found near the toilet flange, it had to smell of sewer gas. They walk upstairs to the second floor of Cell Block B. As they were walking around Jason saw someone walking in a cell. Then they heard what sounded like someone walking on the metal catwalk on the other side of the cells. Grant shoots his camera through a hole and gets a shadow obstructing his view on the camera.

RESULTS: They think the dark mass Grant picked up on his camera, while looking through the hole, was just a camera glare. Jason and Grant sit down with Jim and tell him first their personal experiences. In the Citadel with Jason and Grant, they caught on their camera the footsteps walking towards them from the cells. In the Citadel with Amy and Kris, they picked up what sounded like a female saying “Hello”. In the Citadel with Jason and Grant, they picked up a male voice saying “No” in response to their questions. They also picked up a male voice possibly saying, “Harry Brunette” and “3-7-4”. Doing research they found a prisoner named Harry Brunette whose number was 374. The connection was pretty cool. They were able to say that Alcatraz is definitely haunted by intelligent and residual spirits.

As Josh said, TAPS was able to kick ass and take names…..Harry Brunette.

Posted by Julie Ferguson at 10:19 AM 1 comments

ALCATRAZ - In 1861, it functioned as a prison that housed Confederate sympathizers, suspected spies and badly behaved soldiers. In 1934, the federal government began using it to house criminals other jails couldn't handle. Fourteen escape attempts were made that involved 36 inmates. Most notorious inmates included: Robert “Birdman” Stroud, Al Capone and George Machine Gun Kelly. 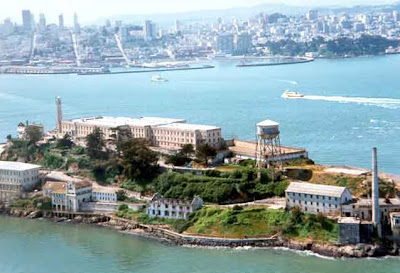 Posted by Atrueoriginall at 7:42 AM 0 comments 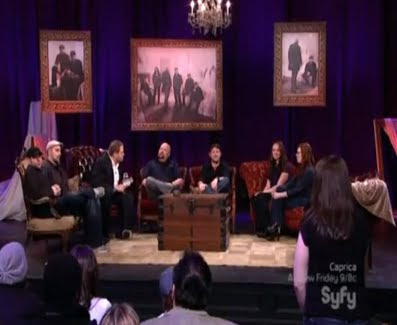 Posted by Atrueoriginall at 7:38 AM 0 comments

This video is now dead but you can watch the full episode on another page now. Just click on this small picture.

Not related but good clip

Posted by Atrueoriginall at 7:13 AM 0 comments 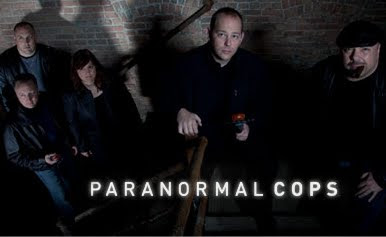 Posted by Atrueoriginall at 3:33 PM 0 comments