Ghost Hunters Recap: A Bat Out of Hell 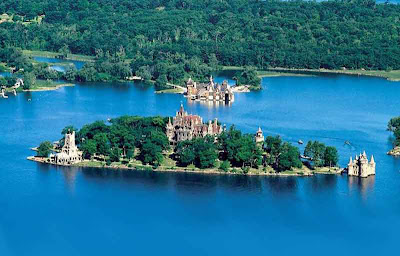 This private island called “Isle of Pines” is a part of the Thousand Islands in New York. Danielle Parody entered her home in the Most Haunted Place contest that Ghost Hunters had conducted on the Syfy website and was the winner. Her Great Grandfather bought the island and it has been in the family for 50 years. On the land are a 4 story house, a 3 story boathouse and an icehouse. The family would live in the boathouse because her Grandfather dedicated the rest of the island to the priesthood. The priest would live in the main house while they studied and prayed. There were several pieces of furniture and sculptures that had nudes on them which the priest considered a sin. At night they would take the stuff and either burn it or sink it in the water. Her grandfather found out about it and kicked the priest off the island.
The TAPS team met Meat Loaf on the dock to grab a boat to head to Isle of Pines. There they meet with Danielle Parody, homeowner, who is almost 9 months pregnant. She takes Jason, Grant, Steve and Meatloaf to the boathouse first and starts with the kids’ room. This bedroom is where Danielle saw an apparition of a little girl standing at the foot of the bed and then it ran right into the wall. Next place she takes them to is the boathouse ballroom where they used to have dances. In the corner where the main bed stood, people have seen apparitions sitting at the end of the bed. Others have seen apparitions walking by and sitting on the couch and in another bedroom people have experienced hot and cold sensations. She next takes them to the boathouse attic where the band used to play from about the 1850's and on. In this area they have heard music playing and loud banging like a spoon hitting a pot. Her brother one night after getting out of the shower heard banging in the attic. He got mad and went up the stairs yelling “I'm not going to take this, this is my house”. Right afterwards a 2x4 came over the railing and almost hit him. He was so scared that he got in the boat, went back to the main land, and slept on the dock. She then takes them to the main house living room where some her niece and nephew claimed to be playing with the dead priest. She takes them to the 3rd floor where bedrooms are. A friend of theirs was walking through and heard a woman's voice saying can you help me from one of the rooms. From outside her brother has seen a woman’s apparition in a bedroom window. Now she takes them to the outside grounds near the 'big rocks' where they hear ballroom music coming from the main house. Her brother has heard a woman laughing and saw her standing in the third floor window when no one else was there. Jason has a bet that Meat Loaf is going to run out of the house like a scared little girl sometime during the investigation. Meat Loaf is so ready to go and will prove Jason wrong.

INVESTIGATION: Jason, Grant and Meatloaf start in the main house in the 3rd floor bedrooms with the thermal imaging camera. They immediately experience batteries draining and the KII device on the bed lighting up. They ask questions for the spirit to light up the KII and it did. They asked if it was a woman and it lit up. It also indicated that a man was in the room with them too. They asked for the spirit to touch them and Meat Loaf felt someone either sit down or stood up off the bed from behind him. Steve and Tango start their investigation on the grounds to see if they can witness the voices that some have claimed to have heard. They do hear voices and sounds that were coming from the neighbors from across the water. They feel that this could be the voices and sounds her brother and others have heard. Kris and Amy started in the boathouse attic where they see many spiders so they decide to head down to the ballroom. Back in the main house on the 3rd floor, Jason, Grant and Meat Loaf thought they saw a shadow walking inside one of the rooms. Meat Loaf experienced his hairs rising on his arm in one of the rooms and then the KII meter goes off. He asked if it was the same spirit that was in the other room and it went off. It also responded that there was a man and woman in that room. He asked the spirit to move something and make some sounds and it did make a sound. The air started to get thick in the room and another sound came from the room next door. They asked it to shout and the KII lit up. They also asked if the spirit was the priest that some have seen, and it lit up to say yes. Back in the ballroom in the boathouse, Kris and Amy wanted to see if the little girl’s ghost was still running around there. They heard a noise and then footsteps that seemed to be coming from outside on the dock near the boathouse. It sounded like someone walking on a wooden dock but the dock was cement. Amy walked up and down the dock to see if that was the noise but it wasn't. Then they both see a shadow near the ceiling by the door. Kris calls Jason to see what he thought the shadow could have been. After checking out the area, they couldn’t say exactly what it was the girls saw. Steve and Tango are now on the third floor in the main house’s bedrooms to see if they get any action. They hear footsteps running towards the door and another noise outside the room. They heard more footsteps but that was just about all the action they got. Meanwhile back in the boathouse in the attic, Jason, Grant and Meat Loaf started getting KII hits in every area of the room. The hits were moving all over the place like the spirit was moving and wouldn't stand still for them. The KII lights lit up after asking if they wanted them to leave, so they went downstairs in the ballroom because whoever it was didn’t want them there. As they were sitting down, they experienced feeling colder and saw a light in the bathroom. They opened the bathroom door and Meat Loaf went in and sat his water down on the window seal. He told the spirit that he didn’t want to go back in the room to get the bottle and asked if it could bring it closer to him. He wanted to see if the spirit would move it. They kept seeing something walking back and forth in the bathroom so Grant went in there to investigate. He noticed that the water bottle Meat Loaf put on the window seal was now on the back of the toilet. I guess the ghost is a Meat Loaf fan and wanted to give him his water bottle. They asked Steve and Tango to join Meat Loaf in the boathouse to see what they can find. Steve and Tango heard knocking sounds and went up to the loft to check it out. There were too many spiders for Steve's taste so they headed down. Meat Loaf had some fun and scared Steve right before Jason called them on the talkie to wrap things up.

RESULTS: In the ballroom they caught the knocking noises on audio when Steve, Tango and Meat Loaf were in there and he asked if they didn't want them in the attic make a noise. They came to the conclusion that there are some sort of paranormal activity on the Isle of Pines.

Go here to watch Bat out of Hell once again.

Posted by Julie Ferguson at 10:12 AM 2 comments 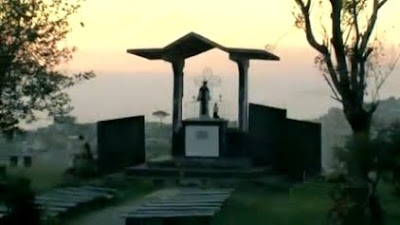 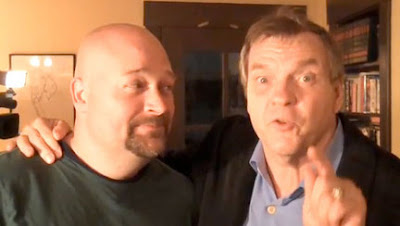 
This is a deleted scene from the show that you didn't see.

Posted by Atrueoriginall at 9:32 PM 0 comments

Links to this post
Labels: Bat out of Hell, Ghost Hunters, Meatball 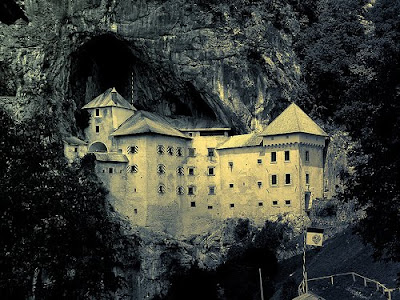 The team heads to Slovenia to investigate Predjama Castle and the Bathory Ruins at Cachtice Castle, the former home of the infamous Countess Elizabeth Bathory.
Tortured Souls - Part 1 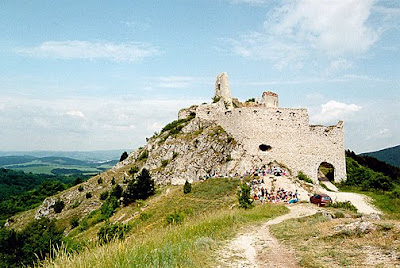 Posted by Atrueoriginall at 3:48 PM 0 comments