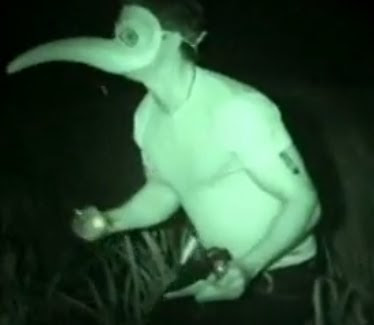 Posted by Atrueoriginall at 7:48 PM 3 comments 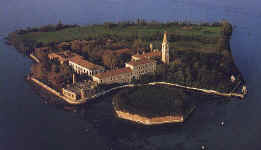 A history of Poveglia Island and Asylum from travelchannel.com:
“In the South Lagoon between Venice and Lido sits the small Italian island of Poveglia that for centuries has been a refuge, stronghold, place of exile and a dumping ground for the diseased, dying and deceased. In 421, Poveglia welcomed its first inhabitants -- men, women and children who fled the barbaric invaders that had ravaged the mainland. Its relatively small size made the island defendable and not worth the trouble of invading armies. For centuries this small community lived in peace and avoided the laws and taxes of the mainland; their population dwindled however and by the 14th century, the island was once again abandoned.


In 1348 the Bubonic Plague arrived in Venice and Poveglia, like many other small islands, became a quarantine colony. The Plague killed 1 out of 3 Europeans. Fearing the unbridled spread of the disease, Venice exiled many of its symptom-bearing citizens there. It was clearly a death sentence. At the island's center the dead and those too sick to protest were burned on giant pyres. This included the tens of thousands of Venice citizens dying on the mainland. These fires would burn once more in 1630 when the Black Death again swept through the city.


Long after the fires were extinguished, Napoleon's military campaign relied on the island's ghostly legends and defendable position to protect stores of gunpowder and weapons. 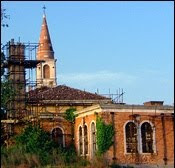 In the late 1800s, the areas mentally ill resided in an asylum in Poveglia. The asylum was poorly constructed and was used as a place of exile rather than rehabilitation. There are rumors that in the 1930s, a doctor performed strange experiments on the patients here; eventually, the doctor went mad and threw himself from the asylum's tall bell tower. Though the bell in the tower was removed decades ago, locals still claim to hear its chimes echo from the lonely island.


By the mid-20th century, the facility was converted into a geriatric center, which closed in 1975. Today, the entire island is abandoned; locals and tourists are prohibited from visiting, and fishermen steer clear of the accursed place. In recent years, Italian construction crews attempted to restore the former hospital building, but abruptly stopped without explanation, leaving locals to speculate that they were driven away by the island's dark forces.”

INVESTIGATION:
Poveglia Island is a place full of death, an abandoned island, where thousands of thousands of people died from the bubonic plague. The locals refer to it as Italy's darkest haunt which is located on the south lagoon of Venice. The boys take a boat to the island where it has been Zak and Nicks dream to investigate for over ten years. The local people believe that you will be cursed if you step on the island. They meet up with Marco, a local, who tells them it is dangerous to get inside the buildings and the government will not let them in. Zak talks to Manuel who tells them that it was a death sentence to go there. Many believe the island is haunted by those who died there. Stories date back as far as the 17th century of the island and what it was used for. In 1630, the plague killed 65,000 people and the island became a quarantined colony. Thousands were burned if they had the plague and brought to the island by men in a bird like mask. These masks had herbs in the beak area for protection against those that were sick.

Manuel takes them to the area where the hospital used to be. He hates that area and gets a very bad feeling while in there. They found a ladder leading up to the bell tower where the doctor tortured his insane patients, then went insane himself. That doctor was known to have jumped to his death from the tower. They continue to walk around but Manuel did not want to go in one of the buildings. They finish the tour of the island and its decrepit buildings, and then took Manual back to the main land.

Zak noticed that there was a cloud in the shape of an “X” in the sky which he felt marks the spot to put a camera on the ground below. Now they have to take the boat back to the cesspool of pure dread, Poveglia Island. The motor wouldn’t start in the boat they were in and finally got another boat to the island. They mapped out their X's where the night vision cameras will go. They geared up, it is now dark, so let the fun begin.

They begin in one of the buildings which used to be the hospital using the EMF camera and EVP device. Right away they hear a strange voice followed by a bang. They speak in Italian and get another disembodied voice. The EMF hits a 3.5 spike and Zak starts feeling sick. They get another voice at the same time Zak felt ill. They hear footsteps and felt like the spirits were coming at them. They did capture an orb of light on their camera. They heard a loud bang at the same time Aaron felt a burst of energy go through him. Afterwards he starts to feel very sick, like feeling drained of his energy. They got a high spike at 22.2 and unexplained orb shot towards Aaron. The energy in the equipment became drained. Nick hears a voice and Zak becomes angry and yells for them to leave. At this point, some parts of the investigation was left out because Zak felt what happened to him was very personal. Zak doesn't remember what happened and felt he was possessed by a demon. They leave the building and used oils given to them and do a ritual to rid the evil. 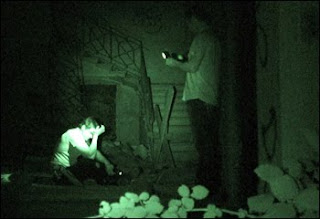 After deciding to continue, while walking around they smelt a strange odor and heard a loud scream, which their cameras caught. They made their way to the canals that split the island and started to sink into the ground. Zak finds what looks like pieces from a skull. He puts the doctor’s mask on to draw out the spirits. While on the plague field they heard a voice that appeared to be calling "Zak". He again speaks in Italian asking the ghosts to "show yourself". Nick stopped Zak from talking because he heard footsteps in the field, while Aaron heard a voice. Right afterwards, the heavy infrared camera fell off its tripod. They leave the field and went in another building and put a camera in the hallway. They had a recorder on asking questions in Italian with the EVP device next to it. 12 minutes later the recorder captured, "come here.....I'm here". They decide to separate and investigate different parts of the island. Aaron went to the field to get that camera and put it in the bell tower. While in the field, that camera caught a mist and voices. Nick is in the Chapel where all their batteries drained earlier. Zak returns to the place where the possession took place. He starts to hear footsteps and a creepy moaning, and decides to taunt the spirits. Nick is in both the chapel and hospital speaking Italian to the ghost and gets some sort of voice. Meanwhile the camera in the hospital captures a strange black mist along with a moan. Nick then goes back to the hospital where his camera’s batteries drained. Zak had an orb of light shoot towards him with an EMF showing 70 degrees. He then caught a voice saying "lets fight" on his digital recorder. He felt something go through is body and he got real chilly. About the same time the audio caught another strange voice, and the temp quickly dropped ten degrees. Aaron was in the bell tower where the doctor tortured his insane patients then went insane himself. Aaron yells his name and hears a weird voice. He then hears something fall and checks it out. Then suddenly his camera just stops recording. Back with Nick in the hospital he is getting more noises after taunting the ghosts. 53 minutes after Nick left the hospital the night vision camera captured a sound of someone screaming. Zak captures a "hey" on his recorder and then his camera just shut off. 32 minutes after he left the night vision camera caught a voice saying "bye, bye", as if to be taunting him back. They take the boat back and conclude that this island is very haunted with the souls of those that were tortured, burned and died are still hanging around there.

Posted by Julie Ferguson at 12:01 AM 5 comments 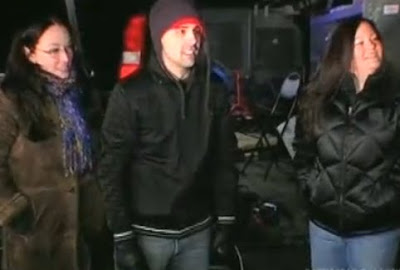 The team goes to Trinway, Ohio to investigate Prospect Place, a stop along the Underground Railroad during the Civil War. Then they investigate a home in Massachusetts where the owners complain of shadowy figures.
Ghostly Bounty Hunter - Part 1

Posted by Atrueoriginall at 2:07 PM 0 comments

Posted by Atrueoriginall at 2:02 PM 0 comments

Posted by Atrueoriginall at 1:41 PM 0 comments 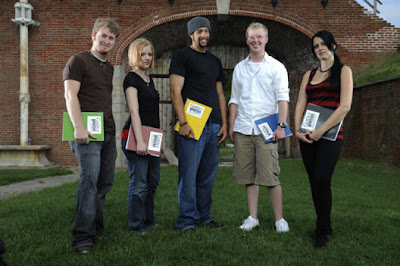 Posted by Atrueoriginall at 7:18 AM 0 comments 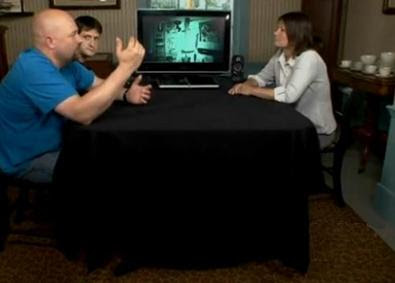 Posted by Atrueoriginall at 7:12 AM 0 comments