Posted by Atrueoriginall at 5:49 PM 2 comments 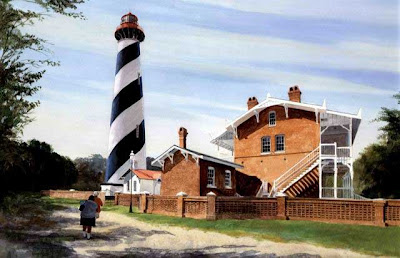 TAPS returns to the lighthouse in St. Augustine, Florida. This was the site of some of the best evidence that TAPS has ever recorded, and this time, armed with new technology and new team members, they hope to get even more.

Posted by Atrueoriginall at 5:31 PM 0 comments 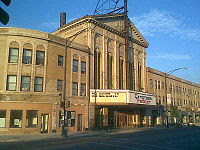 Steve will be trying out some new equipment. With this equipment they will be able to instantly record and review the evidence. Also, Britt Griffith and Kristyn Gartland will join them in the investigation.

The Congress Theater’s construction was started in 1925 and finished in 1927. The mob would use the basement for their meetings. Many films where shot there, plays were performed, and rock concerts too. Harry Houdini preformed there in the 1930's. Many of the reports of paranormal activity are from hearing footsteps, to seeing shadowy figures, strange balls of light, apparitions, and a female apparition. Dylan Castle, building manager, meets with TAPS to give them a tour of all the paranormal hotspots. They start upstairs in the Projection Room. A man used to live in an apartment just down the hallway and died in his sleep. Some have reported seeing a man’s ghost hanging around that room. Dylan, himself saw a man in the other room looking out a big window while he was watching a concert. He took another look at the man and saw no one standing there. The ghost basically walked out through the big window facing the theater. There used to be a solid wall there and the window was put in later. Next place he takes them is to the Third floor Dressing Rooms. He shows them a door leading to the catwalk where all the lights and sound equipment is laid out. None of the riggers will go up in that area alone because of the bad feelings they get in that space. Over the catwalk all the light bulbs seem to burn out for no reason. Just that day of the investigation that happened again. The next place is the basement where they have to go every night to kill the power to the theater. From stage right to stage left it is totally dark. Some have heard footsteps following them and more footsteps on the upper floor. The last place they go is the Stage where a woman in a blue dress is seen walking down the aisles. After they see her, she just disappears. Dylan, himself has seen someone walking up on the balcony area, back and forth down the rows, then just disappears. A night worker saw a figure walk up to him while on the stage, then just vanish. This is the end of the tour, let the investigation begin.

INVESTIGATION: Jason and Grant start out on the stage and hear a sound like something was moved on the stage. Jason asked for another movement and they started hearing footsteps and shuffling. While shining their lights at a doorway in the back of the theater, they see someone moving up there. It looked like a figure that moved across the doorway. Jason went up there and found no one. They notice that a camera was up there and hoped that it caught something. Grant joins Jason up in the lobby area where they hear a stall door in the bathroom bang but found no one there.

In the basement we see Kris and Kristyn where they noticed that it smelt moldy down there. They decided to sit and do an EVP session and saw something moving in front of a door. After asking for two loud knocks, they hear a noise and investigated it but found nothing.

Steve and Tango start in the dressing rooms where Tango felt a tapping on his shoulder as they were getting ready to walk on the catwalk. They check around and in his shirt to see what else may have caused it, but couldn't find anything.

In the projection room we find Amy and Britt. They got low EMF readings in the room and check out the huge movie reels. Then they hear a loud bang coming from the theatre seating and ran down to check it out. They couldn't find out the source of the noise.

Steve and Tango head down to the basement with some new equipment. With this, they can put sensors everywhere, monitor barometric pressure and temperature, and also it comes with a thermal camera imaging and infrared. They can capture any activity at the moment and see it instantaneity. They try knocking to see if they get a response. After tapping, “shave and a hair cut”, they got two taps, "two bits", knocked back to them. They tried again but got no response.

Kris and Kristyn are now investigating the stage and they hear footsteps in the seating area. They shined their lights into the area and hear three footsteps near them. Then it just got quiet which seemed to last for awhile.

Jason and Grant are in the dressing room area on the third floor. They check out the catwalk and Grant decides to walk across. You can hear the catwalk creaking as he moved across the unsteady looking catwalk. They think that the old wiring in the rooms up there could be why the light bulbs are burning out.

Now it is time for Steve and Tango to check out the stage. They asked questions and then Steve sees something moving in the seating area. It looked like a head moving from left to right. Suddenly, Tango sees it and gives chase but finds nothing. Like the others before them, they are getting some ghostly action in the theater and stage area as well.

Jason and Grant investigate the basement and hear noises as soon as they get down there. They find high EMF readings in the area. There is a large electrical panel in that area which could explain some of the paranormal reports.

Britt and Amy go down to the boiler room where the mob used to meet. After asking questions, the KII meter lit up. Then suddenly they hear a loud noise and they both jumped. It turned out to be the boiler turning on.

RESULTS: Boiler room, Amy and Britt, after asking "do you work here" and got a response possibly saying "no".
Stage, Steve and Tang changing the tape on the recorder picked up a noise or a voice in the background.
While sitting on the Stage, the thermal imaging camera pointing towards the seats captured something or someone moving in the doorway. It looked like a person walking passed the door.

There is definitely some sort of paranormal activity at the theater.

Posted by Julie Ferguson at 10:45 AM 4 comments 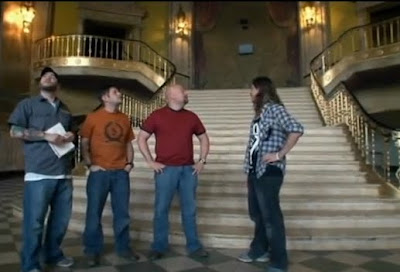 Posted by Atrueoriginall at 2:35 PM 0 comments 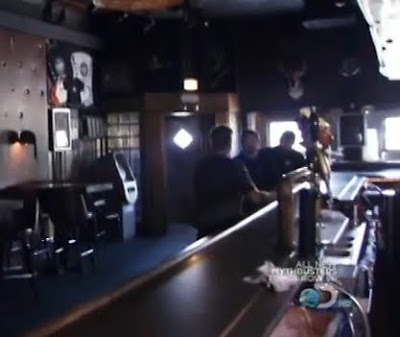 Posted by Atrueoriginall at 2:34 PM 1 comments 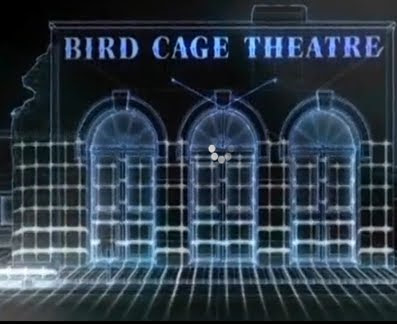 Posted by Atrueoriginall at 2:28 PM 3 comments 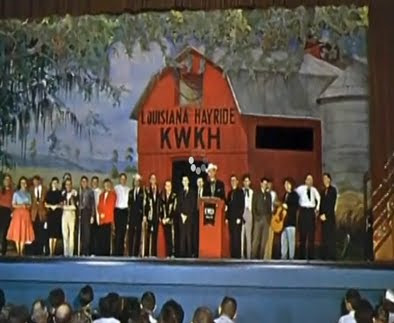 Posted by Atrueoriginall at 2:06 PM 0 comments