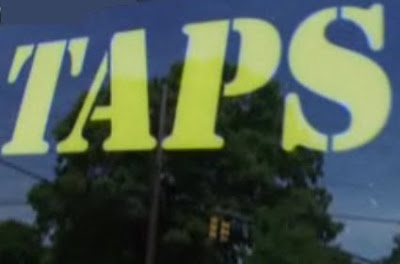 Posted by Atrueoriginall at 1:21 PM 1 comments

Posted by Atrueoriginall at 8:51 PM 1 comments 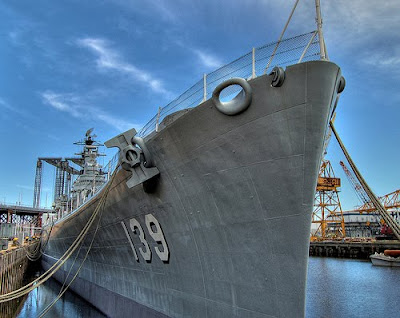 FIRST INVESTIGATION: U.S.S. SALEM, QUINCY, MASSACHUSETTS
TAPS meets up with Michael, their guide, and tells them that the ship was built in this exact shipyard between 1945 and 1949, the end of WWII. The ship served in the cold war and never really fought any battles and was designed to keep the Russians in the Black Sea. He starts the paranormal hotspots tour in the Anchor Windless room. The anchors are hoisted in there, weigh about 26,000 pounds a piece, and there are four of them on the ship. A former volunteer named John used to work in that space, maintaining it and cleaning it. About a dozen years ago he died in that area. People have been going down to the guard shack and telling them that they met this terrific tour guide named John and he was showing them around. They tell them that there are no tours or tour guides on the ship. John's spirit remains in that area and people physically see him and talk to him at times. They next go to the Hospital space where an apparition of a woman in a white shirt and carrying a white handbag, has been seen by witnesses. They also report hearing her saying to them, “get out, get out”. The next place is in the Machine Shop where Mike has seen a shadow figure down the hall moving from room to room. Other apparitions have been seen all over the ship as well as people hearing footsteps. Joe Chin is there to help TAPS investigate this large vessel.
INVESTIGATION: Jason and Grant in the anchor windless room, try to lift the chain but too heavy. They asked questions to the ghost of John and then heard footsteps along with faint voices. They heard noises down in another room in the sleeping quarters and Grant sees an object move and realizes that it is a shadow figure. Jason also sees the shadow figure and hears sounds all around them. In the operating room are Joe and Amy asking questions to see if the ghostly woman will appear. They both hear a noise like a door moving, ask to hear it again and they did. The sound came from the room they were in so they went back to that room to investigate. They couldn't find what caused the noise. Steve and Tango start in the Bakery where they find an old moldy piece of chocolate cake hard as a rock. After asking questions, they heard a weird noise coming from the ceiling. They didn't know where the source was and thought it was someone from TAPS, but it wasn’t. Jason and Grant are now in the Barbershop where they hear footsteps walking in the back area of the space. They walk around to investigate and hear other noises and headed out to see if their still cameras will catch something. Joe and Kris investigate the steel metal shop where they experience a creepy feel. They didn’t experience much else before Jason calls the investigation over.
RESULTS: While Jason and Grant were talking, they caught a voice that appeared to be saying something but was hard to make out. The KII was lit up most of the time, for which they came to the conclusion that the ship had a high electric field and could cause hallucinations, paranoia, and feeling ill. 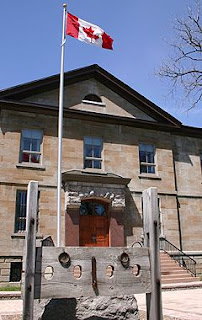 INVESTIGATION: CORNWALL, ONTARIO, CANADA, CORNWELL JAIL
TAPS meet with Barb who shows them around and gives them some history of the jail. It opened in 1834 and shut down in 2002. It is now a museum and used to house about 100 inmates a night. The first place she takes them is to solitary confinement where a shadow of a big man walking around near the door has been seen. People have witnessed hearing footsteps walking behind them in the hallway. Next place they went was the protective custody hallway. A young woman was raped and murdered in the hallway. Her screams have been heard by many. In the general population area, witnesses have heard the doors slam by themselves. These cell doors are kept close. Another witness saw a face in one of the cells where a man hung himself. That was the end of the tour, now on to the investigation.
INVESTIGATION: Steve and Tango start in the general population area and check out the cells. They asked lots of questions but got no response. Kris and Amy start in solitary confinement where a shadow figure has been seen. Amy felt anxious and felt like her chest was tight and wanted out. They did notice a ton of wires and pipes and used the EMF to see if the levels were high and they were. This would explain why Amy felt noxious and somewhat paranoid. Jason and Grant start in the protective custody area. They get in one of the cells then Jason opened the cell door to leave and let Grant out. Shortly afterwards, the door shut by itself. Protective custody area is where Amy and Kris are now. Kris gets a big scare with a mannequin sitting in a cell but that was about the jest of it.
RESULTS: Jason and Grant right outside protective custody area capture a "scream" on their audio. It almost sounded like a woman screaming. Barb did say the cell door shutting that Jason and Grant caught was the noise witnesses have heard. The building is mainly constructed of limestone which seems to attract paranormal activity.

Posted by Julie Ferguson at 10:42 AM 3 comments 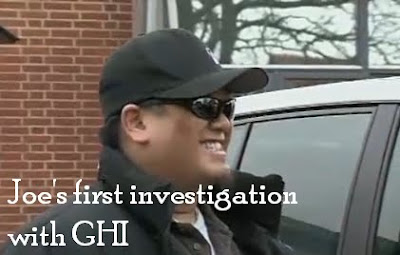 Ghost Hunters International investigates the haunted home of Priests in Borgvattnet, Sweden. Haunted activity has been heard in each room of the Vicarage, earning it its title as the most haunted inn in Sweden.
Restless Souls of Sweden - Part 1

Posted by Atrueoriginall at 8:28 PM 0 comments